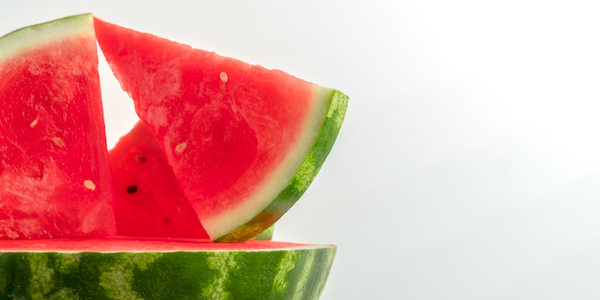 It’s July, and summer is in high season throughout the U.S., a time for cookouts, pool time, and vacations. Not only that, July is also National Watermelon Month, thanks in part to the U.S. Congress, who accepted a resolution to give this dynamic fruit its own month in 2007. Today, watermelon is a crucial agricultural sector in America as it is produced in 49 states, and is sold and consumed in 50 states. According to the National Agricultural Statistics Service, in 2006 alone, the U.S. produced a whopping 4,200,000,000 pounds of watermelon (with 80% of watermelon being grown in Florida, Georgia, Texas, and California.) To celebrate this nutrient-dense, summer-friendly super hydrating fruit, we assembled five fast facts about everything watermelon can do.‍

Watermelon is packed with nutrients: Watermelon contains potassium, magnesium, thiamin, phosphorus, Vitamin C, Vitamin A and Vitamin B6. It’s also a source of citrulline, an amino acid. (Citrulline may have beneficial effects on health and exercise performance.) Not only that, watermelon is packed with antioxidants, including carotenoids, lycopene and cucurbitacin E. These compounds help combat free radicals, which are unstable molecules that may damage your cells if they accumulate in your body.

‍Watermelon rind is edible: While most people throw out watermelon rinds, it’s a great way to consume nutrients while also reducing food waste. The rind is rich in a compound called citrulline, an amino acid that raises levels of arginine in the blood, which in turn helps maintain blood flow, healthy blood vessels and heart health. Additionally, for the adventurers out there, The Watermelon Board offers up recipes on how to eat, pickle and cook with watermelon rind. And yes, you can even roast it with parmesan.

‍Watermelon was once used as canteens: Writings from 400 B.C. to 500 A.D. indicate the watermelon spread from northeastern Africa to Mediterranean countries; trade and bartering attributed to the territorial expansion, but also because of its unique role as a holder of freshwater during long voyages.

‍Watermelon is a delicious way to hydrate: Because it consists of 92% water, eating a watermelon hydrates you thoroughly. It also helps restore essential electrolytes in your body. And you don’t necessarily need to drink your water to hydrate either. Watermelon can provide a significant portion of daily hydration, and even more, you’re getting electrolytes, amino acids and vitamins while eating your water. In fact, you can eat it before or after workouts to stay hydrated.

‍Watermelon is low-carb and Keto-friendly: Because one cup of cubed watermelon contains just 11 grams of net carbohydrates, it's Keto-friendly, cool and refreshing.

Yes, watermelon is good for you and can aid with hydration. But just in case you need an added boost of hydration, Restore’s IV Drip Therapy can help. 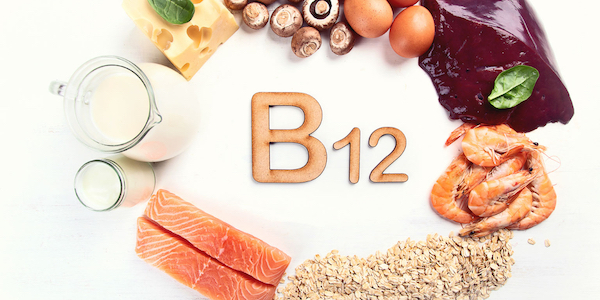 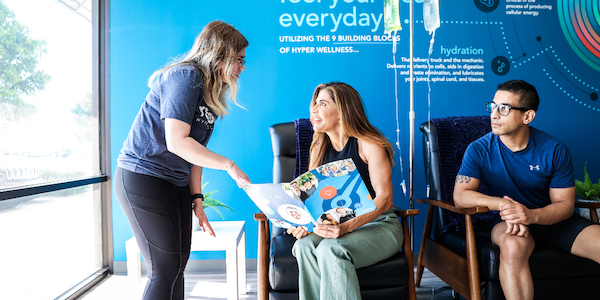 Combat Brain Fog with August’s Drip of The Month