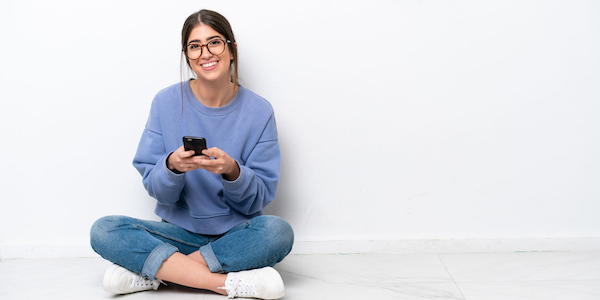 You’ve probably heard the saying, “Sitting is the new smoking.”‍

Now, this is clearly an exaggeration. But there is some truth to it.

We’ve known for quite some time that prolonged sedentary behavior is linked to poorer health, and particularly to heart issues.

A classic study conducted in 1953 was perhaps the first to reveal this link.

British researchers compared medical records and death certificates for about 31,000 men employed by London Transport, who were pretty similar except for one thing: occupational physical activity. The scientists observed that the drivers, whose job was mostly seated, had more than twice as many heart attacks as the conductors, who were on their feet all day.

Since then, we’ve accumulated a mountain of evidence pointing to sitting as a cause of poor heart health. For example, a massive analysis of data from nearly 800,000 participants found that the highest amount of sedentary behavior was associated with a 147% greater risk of cardiovascular disease and a 90% greater risk of dying from heart disease.

But why, exactly? And what can we do about it?

First, we need to dig into why prolonged sitting is so bad for your cardiovascular system.

The Physiology of Sitting

Sitting actually causes a bunch of problems, but here is a biggie: when you sit for a long time, blood flow in the arteries in your legs is decreased.

This drop in blood flow, in turn, leads to impairment of the function of the endothelium. The endothelium is the thin membrane that lines the walls inside of your blood vessels. This layer of cells is responsible for widening or narrowing the blood vessels.

When you have good blood flow, the endothelium responds to the outward pressure of blood (shear stress) flowing through blood vessels by increasing production of nitric oxide, which signals the blood vessels to dilate. This leads to improved blood flow and lower blood pressure, which is definitely something that we want.

In contrast, poorer blood flow, like from sitting, results in less nitric oxide and endothelial dysfunction, which is now known to be an important contributor to the initiation and progression of plaque in the arteries. Something that we don’t want.

Now that we’re able to measure endothelial health through non-invasive means such as flow-mediated dilation, we can see the impact of sitting on artery function in real time, and it’s not pretty. One experiment found that a three hour period of uninterrupted sitting caused a profound (–50%) reduction in vascular function of the femoral artery. Ouch.

Imagine what a full day of work or studying might be doing to your blood vessels. Then think about the cumulative toll of that routine over the course of decades.

Fortunately, this is, to some extent, a solvable problem.

Recall that the key mediating factor for endothelial dysfunction due to sitting is a decrease in nitric oxide production. There are a few different ways we can attack this.

The first one is, well, kind of obvious.

Researchers at the University of Missouri recruited 15 healthy young subjects and put them through three different trials:

To gauge how their arterial function responded to each experimental condition, the researchers measured flow-mediated dilation (FMD) in their popliteal arteries before and after each trial. The popliteal artery runs behind your knee and is the primary vascular supply to the lower leg.

To no surprise, the first condition resulted in a relative impairment of FMD of more than 50%, lining up with prior research in this area.

However, when the participants exercised prior to sitting, or when they stood, their popliteal artery FMD stayed at a healthy baseline.

Key takeaway: If you want to keep your blood vessels happy during a long workday, try standing instead of sitting. Or perform a workout beforehand.

So, you might be thinking, “Well that’s not very helpful. The best way to avoid the problems associated with sitting is to…not sit?”

And that’s fair. But what if you could be active without even getting out of your chair?

In another experiment, the same research team at Missouri had healthy young subjects sit in a chair for three hours, specifically with both feet touching the floor.

They were instructed to jiggle one leg up and down every four minutes, with a repeating timer to remind them, but to keep the other leg completely still throughout (essentially a control).

In the leg that was immobile, the popliteal artery showed a reduction in blood flow throughout the sitting period, which was accompanied by an impairment in flow-mediated dilation comparable to what we saw in the other study. But in the other leg, every bout of fidgeting resulted in a pronounced increase in arterial blood flow, which translated into a significant improvement in FMD.

Key takeaway: Shaking your leg might annoy people around you, but it could also keep the arteries in those legs healthy.

Nitric oxide responds to blood flow. But you can also increase nitric oxide bioavailability in your blood vessels by consuming large amounts of dietary nitrates, which ramp up NO through the nitrate-nitrite-nitric oxide pathway. Nitrates are found mainly in certain root vegetables and green leafy vegetables.

To put it to the test, scientists at Chukyo University in Japan randomly assigned 11 subjects to consume either 140 mL of concentrated beetroot juice or a placebo that looked and tasted the same but was devoid of nitrate. Beetroot is an excellent source of dietary nitrate.

The subjects were then situated in a comfortable chair where they sat for three uninterrupted hours and either read or played on their smartphones. At a later date, all participants were switched to the opposite condition (either beetroot or placebo) so that every subject could basically serve as their own control.

When the participants drank the control beverage, they showed a 65% relative reduction in FMD in their popliteal arteries. But when they drank the beetroot juice prior to the sitting bout, their FMD stayed at baseline, effectively canceling out the negative effect of sitting.

Researchers in Tokyo recruited two groups of men: 10 male collegiate cyclists, and nine men with no regular endurance training. They measured their aerobic fitness through an incremental exercise test (unsurprisingly the cyclists were way fitter), and measured their popliteal artery FMD.

Similar to the other trials I just described, the guys sat for 3 uninterrupted hours, and the researchers gauged the effect of this sitting bout on their endothelial function.

In the untrained group, popliteal artery FMD fell considerably after sitting – but it remained unchanged in the cyclists.

This is pretty impressive because it suggests that chronic physical exercise, not just an acute bout of activity, can protect vascular function while sitting. But why?

The researchers attributed this finding to greater nitric oxide synthesis and bioavailability. Previous studies have suggested that endurance training boosts NO synthesis at rest, which would help preserve FMD through a mechanism somewhat similar to direct supplementation of dietary nitrate.

Key takeaway: Being aerobically fit increases your resistance to endothelial dysfunction due to sitting because your body is better at synthesizing nitric oxide.

Why Should I Avoid Sitting?

Since 1950, there has been an 83% increase in sedentary jobs. Currently, physically demanding occupations make up less than 20% of the US workforce. So, we’re arguably sitting more now than ever before.

That’s a trend that’s probably not going to reverse any time soon.

But according to the research above, there are a number of easy ways we can mitigate the damage (from a vascular standpoint). 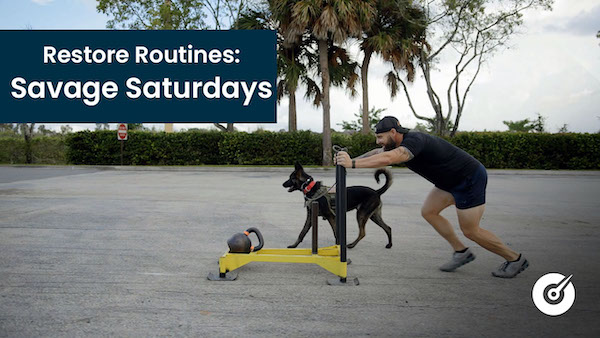 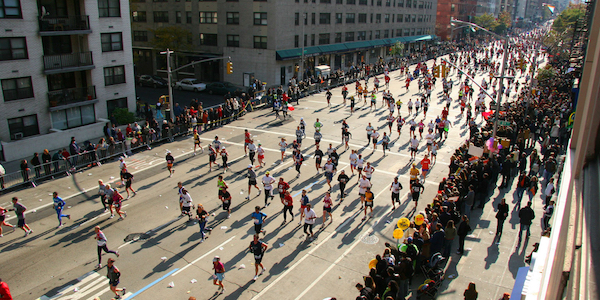