How Sauna Bathing Can Improve Your Sleep & Make You Smarter 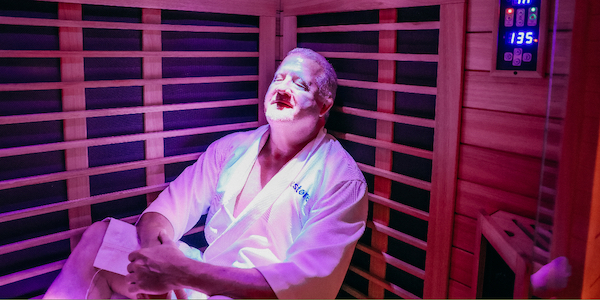 “…[it] is a curious fact, of which the reason is not obvious, that the interval of a single night will greatly increase the strength of the memory…Whatever the cause, things which could not be recalled on the spot are easily coordinated the next day, and time itself, which is generally accounted one of the causes of forgetfulness, actually serves to strengthen the memory.”

Of course, we now know the solution to this apparent paradox.

Scientists have demonstrated this by having people practice a specific finger-tapping technique (kind of like playing the piano). Then, 12 hours later, they tested the subjects again, either after sleeping or after staying awake. Sure enough, only the ones who got to sleep showed improvements.

So, it seems clear that “the interval of a single night” strengthens memory perhaps because of processes occurring in the brain during sleep.

But it's actually a little more complicated than that.

When we sleep, our body cycles through different stages, including rapid-eye-movement (REM) and non-rapid eye movement (NREM) sleep. The deepest phase of NREM sleep is known as slow wave sleep, and this sleep has been shown to be uniquely restorative, for both body and mind, and it plays a key role in learning and memory.

Regrettably, attaining slow wave sleep becomes more elusive as you get older. Slow wave sleep has been shown to deteriorate by more than 60% between ages 10 and 20 years. And it just goes further downhill from there.

Could this be one reason why it is harder to learn new things as we age? And could boosting deep sleep be one way to resist this unfortunate biological trend?

First, I’ll explain a little about slow wave sleep. Then I’ll get into how sauna could be a game-changer in enhancing your own deep sleep.

While you're awake, you are bombarded with all kinds of new information, which gets encoded in the brain in temporary memory hubs. Then when you sleep, these new memories are re-played, and connections between brain cells, and even whole brain regions, are strengthened. The result? You can now recall the new memory even better the next day, and possibly further into the future.

We know this because when people are trained in tasks that are known to activate specific regions of the brain, brain imaging will show that those same brain regions light up again while they are sleeping! Pretty cool, huh?

And this is where slow wave sleep comes in, because it is critical in this process of transferring new information into long term storage. For instance, when people learned to find their way through a 3-dimensional virtual town, parts of the brain that were activated while they were learning the route were reactivated specifically during slow wave sleep.

In fact, slow wave sleep seems to be basically essential for successful learning. To further unpack the role of specific stages of sleep, researchers trained subjects on to identify groups of line bars that were oriented in subtly different ways. Then, the researchers let the participants sleep, and very cleverly made a point to wake them up and retest them after they either got mostly slow-wave sleep or after they had gotten mostly REM sleep. So, they got the same total amount of sleep, but in different stages. The group who got only REM sleep did not improve at all, while the group who had gotten slow wave sleep got significantly better at the discrimination task.

Key takeaway here: if you want to become better at learning and developing new skills (and who doesn’t?), then finding ways to enhance slow wave sleep seems like a smart strategy.

This, at last, brings me to the subject of heat exposure.

Exercise has been shown to significantly ramp up slow wave sleep, but this effect doesn’t play out consistently. This led some scientists to question whether the cardiovascular and muscular stress of exercise per se is responsible for this relationship, or if it might instead be driven by some other variable that accompanies exercise.

Let’s take a look at a couple of experiments that tried to unpack this.

Following the hot run, their slow wave sleep significantly increased. But after the cool run, their sleep looked the same as before.

To further isolate the effect of heat from exercise, another team of researchers had eight athletes undergo three experimental conditions:

(Important to note here that the passive heat exposure was designed to produce the same level of body heating as the high intensity exercise.)

Taken together, these observations suggest that much of the impact of exercise on slow wave sleep may in fact be due to an increase in body temperature. And certainly suggests that using a sauna in this way could help improve sleep quality, and in turn your brainpower.

What About Saunas Specifically?

You might be wondering if there are any studies that have directly examined the effect of sauna on slow wave sleep.

Unfortunately, there isn’t much direct research published on the subject, which is a serious bummer and frankly surprising.

However, there is one small Finnish study, conducted by Putkonen and Elomaa all the way back in 1976, that did look at it. In this experiment, five 18-year-old athletes were exposed to a sauna three times for ten minute intervals. Their subsequent EEG, recorded overnight, showed an astounding 72% more slow wave sleep, compared to controls.

I don’t know about you, but I find that really impressive, and would love to see some more clinical trials looking into this.

Putting It Into Practice

Well, first of all, despite what I said about the effects of temperature versus exercise, that definitely does not mean that you should be using the sauna in lieu of working out. Exercise is good for sleep in other ways - making it easier to fall asleep, for instance - so we don't want to discard that. In fact, sauna and exercise are highly compatible activities.

The smart thing to do would be the hop in the sauna after working out, if possible. That way, your exercise performance won't be undermined by heat and dehydration, and you can also reap some of the other cool benefits of sauna for future exercise capacity and recovery.

If you want to determine whether and to what extent sauna bathing influences your sleep architecture, there are many devices out there, like Fitbit, Whoop, and Oura that can estimate how much slow wave sleep you’re getting. Compare your sleep data when you are and are not using a sauna, and see if there’s a difference. Whoop even asks you in the morning if you used a sauna the night before, which makes tracking this easier.

Finally, don’t forget that other elements of what you do during the day can affect your sleep. Cultivating new skills, studying a new language, and generally leading an enriched life with interesting stuff going on makes your brain work hard, which in-it-of-itself should boost your deep sleep. And this, of course, creates a virtuous cycle, since more slow-wave sleep will enable you to learn and retain more of this information. 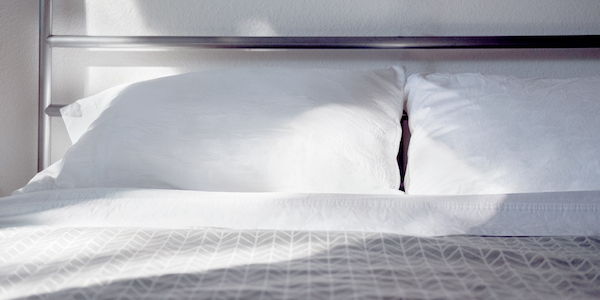 How Much Sleep Do I Need? 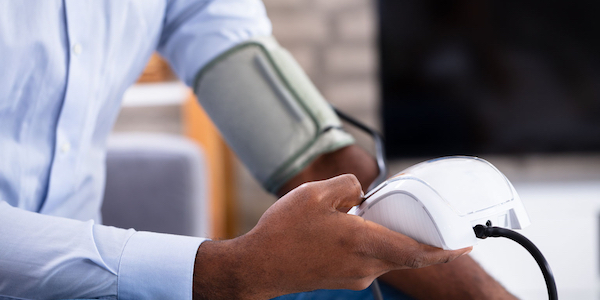