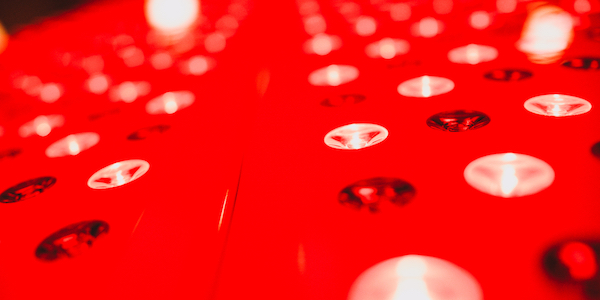 In June, Megan Fox made waves at the Tribeca Film Festival when she appeared at the premiere of her 2022 film “Taurus” with fiancé Machine Gun Kelly. Fox, whose look featured a red latex Sportmax gown with Jimmy Choo Farley Pumps, allowed makeup artist Jenna Kristina to share some behind-the-scenes shots from the evening, and even revealed some of her own trade secrets, including the SolaWave Wand.

"It helps to depuff and brighten the skin instantly and has even more results with continuous use. I travel everywhere with mine," said Kristina.

The SolaWave Wand is a tiny skincare device that’s been taking over Hollywood, featuring Red Light Therapy in addition to low voltage energy to stimulate muscles, low vibration to provide a gentle massage and therapeutic warmth. Backed by science, the SolaWave’s Red Light Therapy helps deeply rejuvenate the skin and improve the appearance and vibrance of the skin.

According to SolaWave, 93% of users reported their skin looked more vibrant and lifted after using the SolaWave for 14 days. And it’s not just Megan Fox touting the benefits of the SolaWave Wand. Recently, Reese Witherspoon used it to prepare herself for the 2022 SAG Awards, while Nicole Kidman used it in preparation for the “Being The Ricardos” premiere.

But Red Light Therapy isn’t just available via the SolaWave Wand. In fact, it’s one of Restore’s core services. By stepping into one of Restore’s Red Light Therapy paneled rooms, you blanket your entire body in low levels of red or near-infrared light to help power your cells and promote healing and energy. The low wavelength red light produced by our Red Light Therapy machines can be absorbed by the mitochondria in your body, which are responsible for many important processes in your day to day health, healing abilities, and energy production.

And by increasing the function of the mitochondria using Red Light Therapy, a cell can make more adenosine triphosphate, which is the energy carrying molecule found in all cells. With more energy, cells can function more efficiently, rejuvenate themselves, and repair damage.

Not only that, Red Light Therapy may boost healing, optimize sleep, relieve minor pain and inflammation, and enhance mood in the process. So while it’s good for Hollywood movie premieres and award shows, there are additional benefits of Red Light Therapy when done as a full body treatment.

You can even pair it with a HydraFacial or Circadia Oxygen Facial for a more holistic approach to skin health!

Not sure what to expect when you visit Restore for a Red Light Therapy appointment? 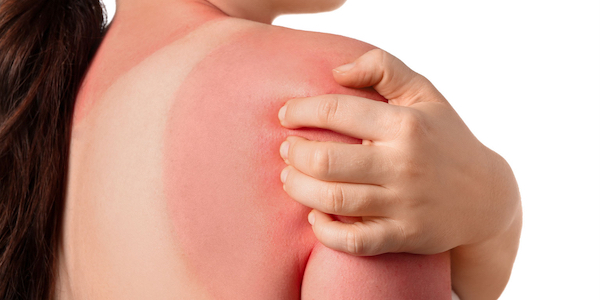 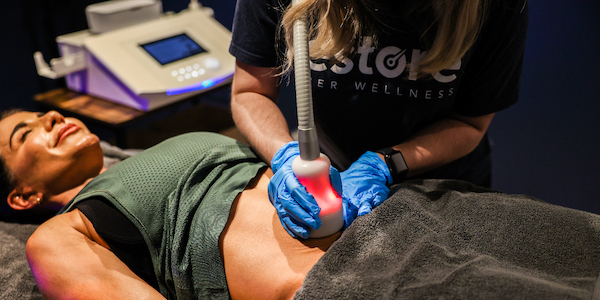 What Type of Cryoskin is Best for Me?