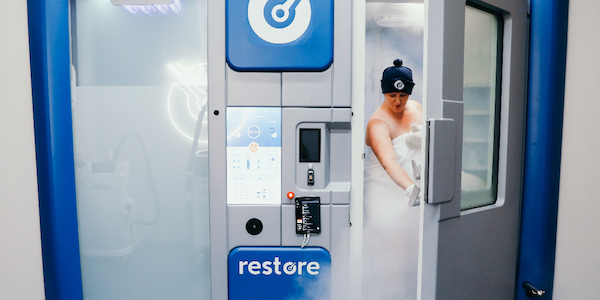 So you’re new to cryotherapy and Googled, “Is it cold? Is it safe? What does it feel like?” From firsthand experience, I can tell you, “Yes, yes, and… you just need to experience for yourself.”‍

Yes, it’s extremely cold. The full body chamber I used at the Restore Hyper Wellness Arbor Trails location was set at -144 degrees, and it was beyond frigid. But I went in thinking, “it’s just three minutes, it’s gonna be over quick.” For 30 years, I lived in North Jersey, and winters were always bad. Three minutes of voluntary cryotherapy pales in comparison to an East Coast winter, let alone 30 of them. It’s also voluntary. I can remember many a January winter when escaping the cold was impossible and I was forced to march the frozen tundra to the train station. Cryotherapy is your own choice for quicker recovery; it’s not a 3-month situation forced on you by Mother Nature.

And yes, it’s safe. To ensure safety, a trained Restore employee is always on hand. They’ll provide you with the necessary attire, guide you through each step and in case you’re feeling overwhelmed or claustrophobic, they’ll be there to help you out of the chamber, free of judgment, knowing you took a chance and that’s good enough.

What does it feel like? First, you get ready, donning your hat, gloves and slippers. Then you pick a song to listen to. Wait, what?

To make it easier, the full body cryo chamber at Restore comes equipped with stereo speakers linked to Spotify. The thought here is, the music is a natural distraction to the fight or flight response you’ll soon be enduring. My first time, I listened to a song by The National called “Demons.” Meanwhile, the person that went before me was listening to stand up comedy from Pete Holmes.

‍What happens when you go into cryotherapy?‍

So what happens when you enter? It’s not as if the chamber suddenly goes into freeze mode; it’s already cooled down and you just step in, wait for the countdown clock to begin, and wait.

Upon entering, your body will naturally go into fight or flight mode. You’ll start shivering almost immediately. You’ll clench up. You’ll maybe recognize the song you picked. And you’ll stare long and hard at that countdown clock until the final seconds wind down, wondering why you decided this was a good choice to make in your life.

Here’s where it gets intense: Upon exiting, my body’s response was to release endorphins, the feel good hormones that can reduce pain and also produce a sense of euphoria. How your body reacts to your own endorphins being released varies from person to person. Myself, I felt extremely relaxed and as my shivering began to subside, I texted my girlfriend and said “I just ducking did it for three minutes.”

And while there were no ducks or ducking involved, she could gauge from my misspelling that I was indeed in an endorphin-provided state of relaxation.

Of course, do your own research and make your own decisions about cryotherapy treatments. But know that it’s cold, it works and the end result feels amazing. You might misspell some words along the way, but that’s okay! 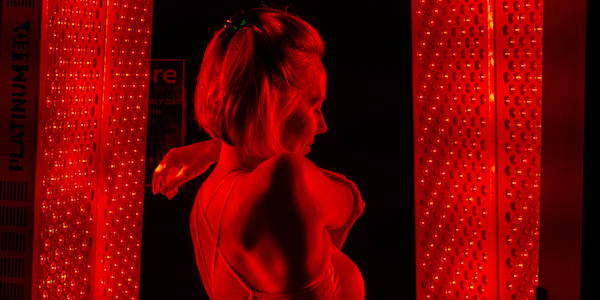 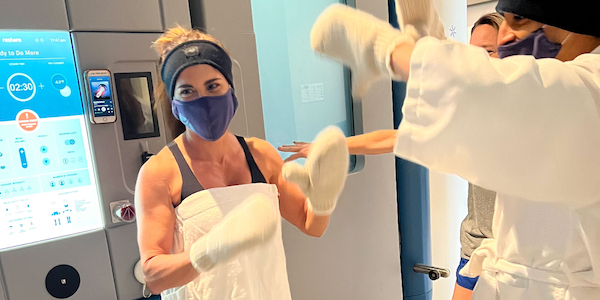